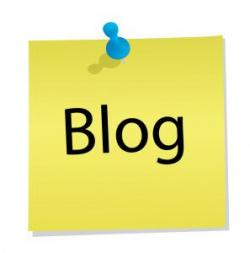 There’s no doubt about it  Twitter, one of the world’s most popular social media websites, has more of a learning curve than just about any other social networking website operating today. If you’ve never used the platform before, determining where and how to jump into the conversation can seem overwhelming, leading many would-be social media marketers to ignore this potentially powerful opportunity altogether.

So whether you’re new to the service or simply want to brush up your existing Twitter marketing skills to ensure they’re in compliance with today’s best practices, check out the following nine top mistakes people commonly make on this social platform:

Twitter users are significantly more likely to follow users who have updated this critical field, so take a few moments to string together a quick bio and add it to your profile. Your bio doesn’t need to be perfectly written and it doesn’t need to solely promote your internet business. Just share a little bit about who you are and what you like, and you should quickly see an increase in the number of people who are following your profile.

2  Use your logo as your profile image

While it’s tempting to add your company’s branded elements to every possible square inch of digital real estate available to you; your Twitter profile image is one place where your logo isn’t acceptable!

Realistically, this field is far too small for the amount of detail found in a logo to be displayed correctly. Instead, the best type of profile image to use is a headshot, as images of faces are more visually engaging to Twitter users than any other type of graphic. Give it a try and watch your number of followers skyrocket.

Yes, it’s true that Twitter is a great tool for businesses to share sales messages and other marketing updates. But if this is the only thing you ever share, you’re going to find yourself preaching to an empty Twitter choir pretty quickly!

Twitter users come to the platform to connect socially with each other. And while they’re occasionally open to receiving sales messages from the companies they care about, they’re easily turned off by those that they perceive to be too self-promotional. Instead, mix it up by tweeting a combination of sales messages, informational updates and personal statuses to give your feed a more appealing balance.

A while back, a few Twitter users came up with the idea to build tools that would allow them to automatically send a message to new profile followers. In some cases, these tools were used to provide valuable “Welcome” information to new followers  but in most situations, they were used to automatically blast new leads with spammy sales messages.

As a result, the practice is pretty widely discouraged  no matter how authentic or genuine the auto-response message you come up with may seem. Skip the practice altogether and your followers will thank you for it!

Now, lest you think I have something against Twitter automation just because I don’t think auto-response messages are appropriate, think again! I love tools like Buffer App, which allows me to schedule tweets ahead of time when I know I’ll be too busy to check in with my social followers.

That said, this particular type of automation should be used in moderation. Unfortunately, it’s obvious when you post scheduled updates  and it’s really obvious when these are the only types of messages you post! Sending too many scheduled tweets tells your audience that you aren’t really invested in connecting with them, so aim to maintain a balance of both live updates and scheduled tweets on your Twitter feed.

We’ve all known somebody who’s got 100,000 Twitter users following his profile and only 100 follow-backs. In my opinion, this goes against the central tenet that Twitter should be an open conversation between people and their acquaintances  not some one-sided message delivery service between a “high and mighty” business owner and his loyal following.

And yes, I hear you saying that following thousands of people will clutter up your Twitter stream and prevent you from connecting with the handful of people you actually want to keep in touch with. But really, that’s what Twitter lists are for! Set up a few lists for your mentors, clients and other close contacts, set your Twitter browser to view only these lists in your feed areas and then follow back anybody who pays you the compliment of following your profile in the first place.

Another common mistake that new Twitter users make is failing to add a period or other symbol before the Twitter username when replying to a conversation they’d like to be public. Generally, messages between you and another Twitter user that begin with “@username” are only visible to people who follow the profiles of both you and your conversation partner.

And while this might not seem like a big deal, imagine how things would go down if you happened to get into a conversation with a major authority figure in your industry on Twitter. Certainly, you’d want your followers to know that you’ve got such high-level connections, but without that crucial “.” in front of the authority figure’s name, people who don’t follow his profile as well as yours won’t see the conversation.

Now, I know it’s tempting to want to leverage every trending topic and hashtag you see to promote your business. After all, if a hugely popular topic like “#blackfriday2012” is trending, adding this hashtag to your own posts would make it visible to anyone who’s monitoring this phrase  leading to a potentially huge burst of new followers and website traffic.

However, wedging brand mentions and business updates into every trending topic that comes along is a rookie Twitter mistake. Simply put, don’t do it! Use popular hashtags when appropriate, but hold off on trying to turn every popular subject you see mentioned on this social platform into something that relates to your business  unless you want to come across looking like a spammer.

Sure, you’re a business owner. You’re busy, and you’ve got a hundred other things on your plate besides stopping in to check your Twitter account every single day.

But here’s the thing When people talk about how powerful social media can be, they aren’t talking about the strength of these websites themselves  they’re actually talking about the value of the relationships that are built on these platforms.

Think about your Twitter followers as a community of real life friends. If you only checked in once a month with your buddies, how strong of a relationship would you truly expect to have with them? Chances are you wouldn’t be surprised to see these connections fall off, so don’t be surprised when the same thing starts happening to your digital following.

To prevent this from happening, make it a goal to check in with your Twitter account at least once a day. You don’t need to spend more than 5-10 minutes responding to messages, replying to tweets and interacting with authority leaders in your industry, but it’s more important that you be consistent about your social media marketing efforts than to put in a few hours once and then never return.