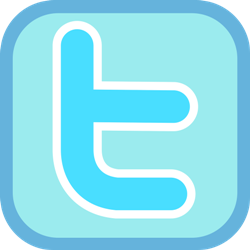 Organic reach on social media is gradually going extinct. It’s dropped on Facebook by over 50% in just two years, and will more than likely face the same fate on networks like Twitter.

With its decline, more and more marketers face the challenge of how to promote content on Twitter. Any marketer who has even the basest knowledge of the digital space knows that Twitter is invaluable for maximizing the exposure of content to their audience, which is why this is such a pressing issue.

Whether it’s promoting Twitter accounts themselves, or blogs, posts and other updates, it’s clear that establishing an effective presence on the social platform now requires a combination of tried and true organic methods as well as paid tactics.

To this end, we’ve compiled a list of 7 awesome tips that will help you develop a hybrid paid/organic promotion strategy. Read on to learn more about how to promote your content on Twitter so that your content production efforts aren’t wasted.

Although organic reach will more than likely begin to drop on Twitter, for now, organic tactics are still an important part of promoting on Twitter.

Finding the best times to promote content is essential. To do this, refer to your Twitter dashboard and track engagement levels. You should be looking for days/times when your network is most active.

Schedule your tweets around activity spikes within your Twitter feed.

Boost your tweet engagement by posting updates just before or just after the hour to take advantage of users who are checking their social feeds before or after appointments or meetings.

2. Reach Out To Influencers

Once you have identified influencers, look for ways to get your content over their networks. One good method is to Tweet or reach out to an influencer you have quoted in one of your content pieces. Often, it will be a give and take relationship, so try and figure out creative ways to cross-promote that is mutually beneficial. For example, provide a link back to an influencer’s website in exchange for a tweet linking to your article and a mention. The limits of these relationships are endless, depending on the effort you are willing to put in to promoting on Twitter.

While not yet as advanced as Facebook, Twitter advertising is gaining significant traction. Decreased organic reach notwithstanding, paid options on Twitter are becoming more attractive to marketers since the social network stepped its game up after going public in an attempt to further monetize.

Depending on your industry or niche, you may see more tweet interaction from keyword targeting instead of handle or competitor targeting. If you’re not sure which type of targeting is right for your business, create different tweets with different targets. Track their performance and optimize your future builds. Always execute three to four tweet variations for each type of targeting.

Another type of ad unit that supports content promotion is the Website Card. Twitter’s Website Cards contain a CTA button for direct download. Despite their growing popularity, Website Cards receive fewer clicks, but more impressions than other ad units on Twitter. Since the Website Card is very much a visible ad unit, fewer people will engage with the offering. Having said that, results will vary from business to business, so test out Twitter Cards for yourself. No matter which ad unit you execute on Twitter, make sure that it includes compelling copy, images and a strong CTA.

Content calendars can help you plan and preschedule tweets and updates in a way that corresponds with your production schedule. When you develop a content calendar, be sure to include a section on social media promotion that includes Tweet copy and relevant hashtags.

While scheduling is important, you should leave space for flexibility in your calendar so you can react to or comment on real-time events. Plan for around four scheduled tweets and two to three real-time interactions each day. Real-time interactions may include retweets, favourites, Twitter chats, and more. Setting up your calendar this way will allow you to maintain a fresh pipeline of valuable content while also giving you the ability to engage your audience in real-time.

While your content calendar will impact your behaviour on Twitter, as mentioned above it’s important that you are flexible enough to comment on real-time events. Twitter is trend-driven, so you should constantly be monitoring and searching for opportunities to capitalize on trends and get involved in the conversation. Consult your “Trends” (recommendations) on the left side of your home feed and incorporate these keywords and hashtags when tweeting (if they are relevant/appropriate).

Leveraging the tools mentioned above (Tweetdeck, Buzzsumo, Feedly, Topsy) and others such as Google Alerts can also help you identify timely trends that are relevant to your industry, customers or business so that you can comment.

While not the most groundbreaking method for promoting on Twitter, formatting your Tweets correctly is nonetheless essential.

Using the right parameters can significantly increase engagement as they help increase exposure, visibility, and interest.

We recommend Tweeting with 100 characters (not including hashtags), including an image, mention (@), link, as well as two to three hashtags.

Be absolutely sure about the context of a hashtag before you use it in one of your Tweets. Otherwise, the results could be catastrophic.

Research all hashtags prior to use.

Click into the hashtag directly or type the hashtag into Twitter’s search bar to see its history and to better grasp its context. Avoid commemorative hashtags or hashtags used in memoriam, as trying to capitalize on these for branding/business purposes is not only in bad taste, but will most definitely backfire.

The Future Of Promoting On Twitter: Towards A “Pay To Play” Model

Tackling how to promote content on Twitter in a way that increases awareness and drives engagement isn’t as simple as it used to be. With organic reach likely to decline in the near future, promoting on Twitter will become more of a “pay to play” game. Currently, best practice is to promote using a combination of organic and paid tactics to maximize your reach. Having a paid strategy already in place will give you an edge for when organic reach eventually becomes ineffective and paid tactics become a necessity.