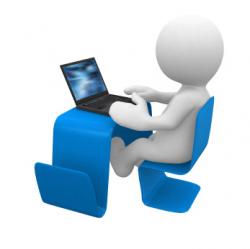 Twitter hashtags are an easy way to make your tweets more searchable by people that could be interested in them and your company’s products and services. However, it is easy to go overboard, so utilize these basic hashtag guidelines to make sure the use of hashtags on your company’s Twitter account is useful, not annoying or spammy.

If there is a tweet that says something like, “5 Cool Festivals in Kansas City: URL”, it would be easy to add hashtags to the exisiting keywords in that tweet to make them instantly searchable: “5 Cool #Festivals in #KansasCity: URL”. In this instance, because the city name was two words, I made it one so the hashtag could be searchable for the entire city name. Twitter will only make a single word or phrase clickable, so if there is a space in between words, it will only make the first word into the clickable hashtag.

Use Extra Hashtags Sparingly and When Relevant

In the above example, it might be useful for Kansas City residents who are searching for Kansas City-related tweets to also include the hashtag #kc at the end of your tweet (after the URL). Because KC is a common abbreviation for Kansas City, a lot of Twitter users may be searching with it. However, adding an extra hashtag that is just keyword stuffing, like the word #parties, wouldn’t really make sense in this instance and is using up valuable character space. It is also making the tweet look more cluttered, spammy, and confusing.

Going into the Discover portion of Twitter can help you see what hashtags are already trending. If you have a blog post, story, or product that relates to a popular hashtag, it might be worthwhile to include a tweet.

However, it is crucial to be sensitive. For instance, the GAP had a tweet about shopping online during Hurricane Sandy. This can actually hurt your brand because it makes the company seem insensitive to all the victims of Hurricane Sandy and their families.

A good example would be, “Have #BieberFever? Check out our selection of custom @JustinBieber blankets here: URL” This tweet is relevant to the trending hashtag #BieberFever and users may actually be interested in the Justin Bieber blankets your company is selling.

This only works if the products are relevant. For instance, tweeting, “Check out our Clock Sale today! URL #BieberFever” that doesn’t mention anything about Justin Bieber (even if you sell Justin Bieber clocks) seems spammy and could get flagged by Twitter users.