Is Your TITLE tag Properly Optimized? 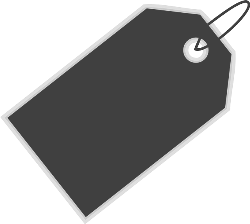 Okay, it”s title tag time again as the SEO world is generally looking at this factor – the #1 factor most of us agree – as the simplest and best way to gain some SEO ranking juice.

As you may know for years we (the SEO world that is) preached that if you want to use a title tag longer than say 70 characters, you’d be indexed, but Google et al would only show the first 69/70 characters. End of story. Do that and you were fine.

Except not so much for some of us…and yes, I did go to www.seomofo.com (not updated tho!) and read Darren’s testing on that and see that he was one of the first to push the new thought that maybe it wasn’t “characters” that were counted, but “pixels” themselves. Or go here to moz.com and see their tool here…

Hmm….so we tested too – and yup I too could get a title tag to show with over 90+ “i” ‘s used….the single character i – which showed us that it musta been pixels.

So like others, we changed all our SEO clients to properly use matching character & pixel counts and that was fine….

Fast forward though to March of this year where we reported here about the change in the way Google was displaying it’s title tag – the font size that they were using changed from Arial 16pts to Arial 18pt fonts…which yes, cuts down on the pixels being used for display. Why? I figure that it’s because the top execs at Google are getting on in years, and they realized if they increased the font size it’d be easier to read web results pages. Least I’d like to think so….

So….how many characters or pixels now?

We have again tested, and have seen that the drop-off of display for titles seems to increase right after the 55/58 level or approximatelly 502 pixels wide…NOTE – all measurements are approximate…you need to do your own testing, eh!